Palawan is considered as the Philippines' last frontier. The province is also known for the Underground River and its white sand beaches.

The Underground River is located in Puerto Princesa, a city in the Western provincial island of Palawan. It is also called Puerto Princesa Subterranean River National Park. In 2011, it became part of the new 7 wonders of nature.This tapped my curiosity and eagerness to go to Puerto Princesa and see the river everyone's talking about. 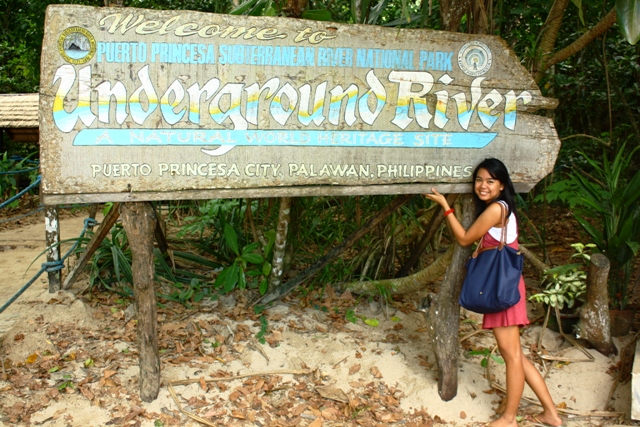 It took us about 45 minutes to tour the river (back and forth). The boat's capacity is 8-10 persons.

If you chose to sit in front of the paddle boat, you will be assigned to hold the light source then the tour guide will instruct you where to point the light source while he  or she is explaining different things about the underground river. 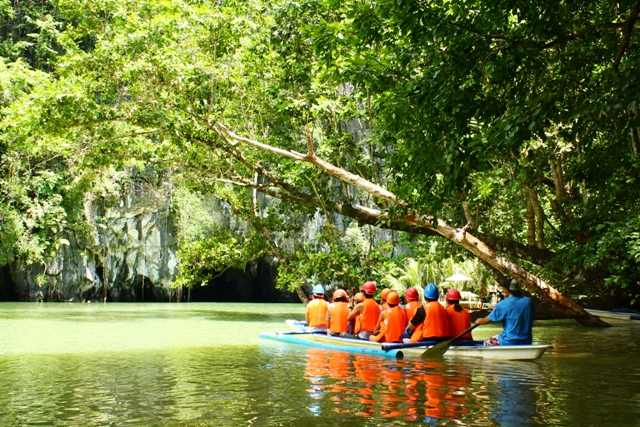 Below are pictures of what can be seen inside the underground river. 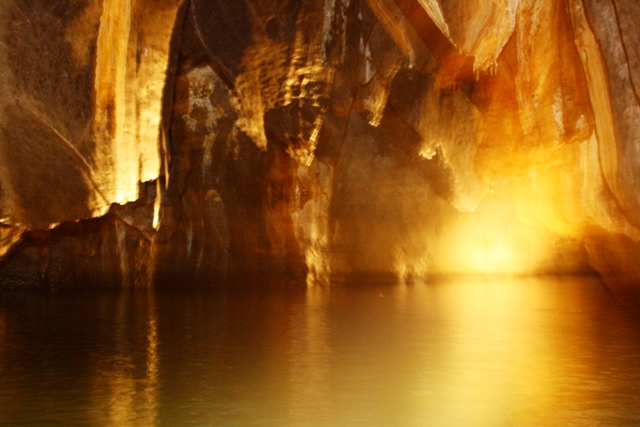 After the Underground River tour, my friends and I decided to become a little adventurous.


Since I really love adventures, I wouldn't miss a thrilling activity: Zipline!! Sabang Zipline is the longest in the Philippines that is built over water. It would take you 1 minute and 4 seconds to reach the end point. The activity costs 550 pesos. 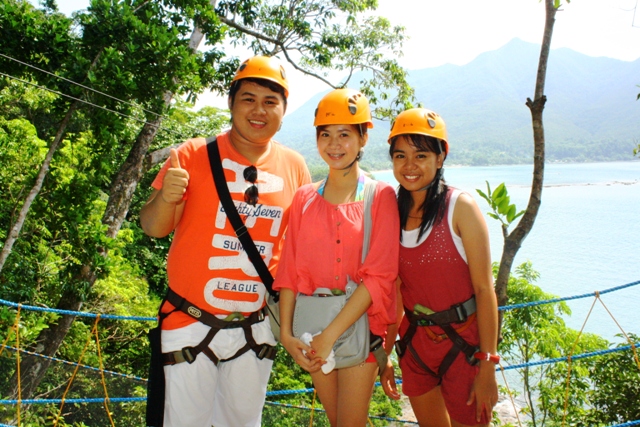 Besides exploring different places and trying some activities, we did not definitely miss exploring the food in Puerto Princesa.

During our first night in Palawan, we had our dinner at Kinabuchs Grill and Bar. 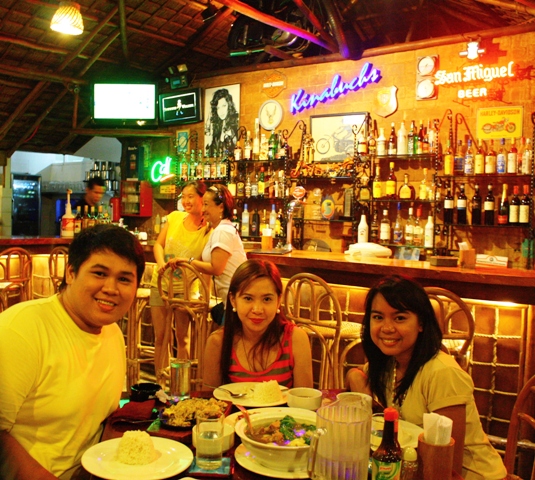 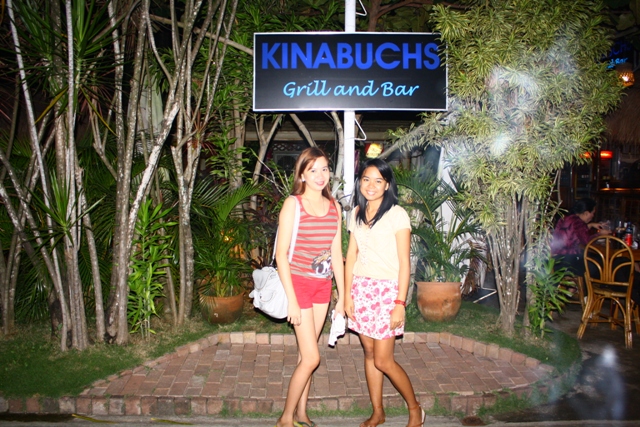 Second night was at KaLui Restaurant. My tummy was very very happy after we dined at this restaurant! 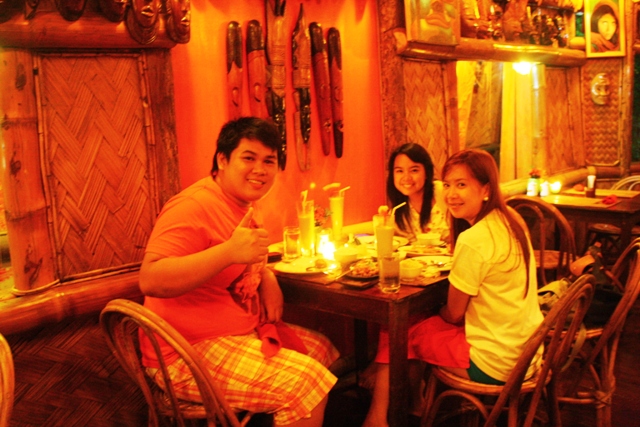 
I was supposed to enjoy this part because I love island hopping. But it was an unlucky day for me because I had LBM [ should I blame it for pigging out during dinner? :( ] Instead of enjoying the beautiful scenery and snorkeling activity, I was too preoccupied about my upset stomach -__-

Do I look like having a troubled stomach in the pictures??? LOL :))) 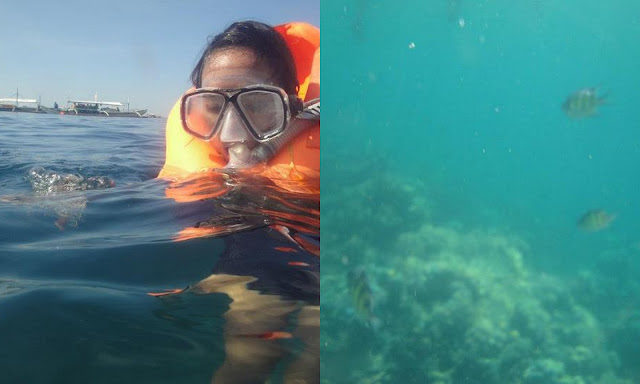