Ever since I graduated from college, I rarely had the chance to practice the things I learned from my Art Studies classes because the career path I took was not directly related to my course but somewhat relevant because my course crosses several disciplines such as the Social Sciences.

As a Social Studies teacher, looking at the society from a historical perspective is what I usually do in school. But when I started to rekindle my relationship with art, I realized how art can also be used as a lens to look at society and it can be used as a catalyst for change. I remembered one of my students last school year when I asked them "How can you become a beacon of hope to our people and country?" and he said "Since I know that art is not really given attention in our culture, I want to be able to bring back the focus to art in our country to a level that is similar to what's done in Singapore." I don't really have an idea what they are doing in Singapore but maybe my student saw something there that gave importance to art. I was amazed when I read my student's answer because it was very refreshing for a 14-year old boy to give that kind of answer. Maybe my student was right. It is time to pay more attention to art, to the efforts of our artists who work so hard just to come up with a masterpiece and convey a message.

It was just recently when I decided to rekindle my love for art. I admit I've been MIA in the art scene due to several factors and reasons but I don't want to put to waste everything I studied back in college so I really made an effort to visit some galleries and museums. I even dedicated some posts in my Instagram account by using the #ArtsyThursday hashtag but sometimes I also post even on other days. :))))

Few days ago, I had a short catching up with a former colleague in Cubao. When I knew there was a small gallery in Cubao Expo, I decided to come at an earlier time so I can visit this gallery called Pablo Gallery. The exhibit featured was Mike Crisostomo's Rocky Mountain High which ran from April 28 to June 6, 2015. (Last day na pala today) 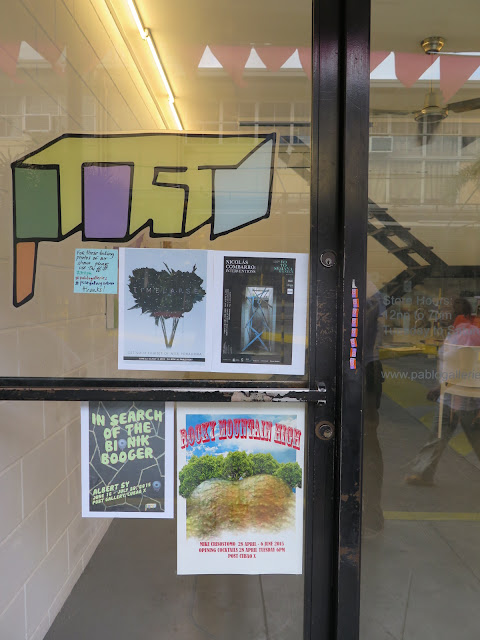 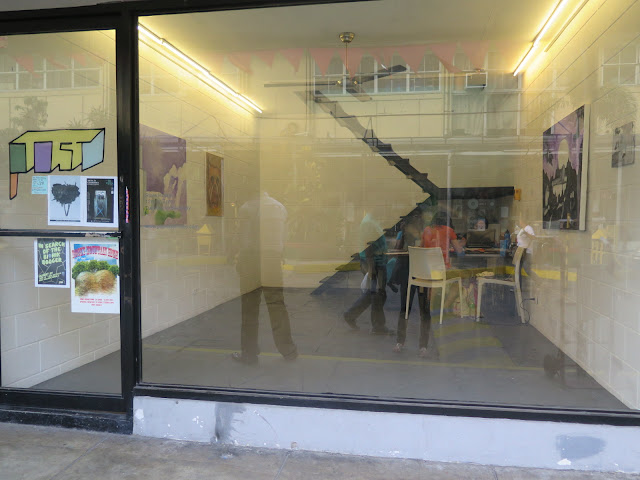 The gallery was minimalist with white-painted walls which was just right to emphasize the minimal play of colors used by the artist. Some mountains were painted on the walls of the second floor gallery that would probably serve as background for the paintings to support the idea and theme of the exhibit's name. 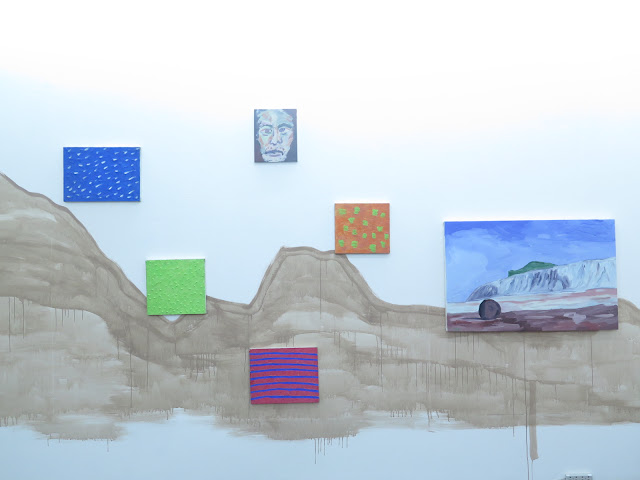 It's been quite a long while since I wrote and analyzed artworks so my art criticism skill is sort of rusty. My apologies. :( But I'll try and do my best here.

Anyway, I didn't read and see the write-up about the exhibit when I  went there so I don't really have an exact idea what this contemporary exhibit is about. But from my personal point of view, the idea of the exhibit and the paintings basically revolves around mountains and nature - being one or getting involved with nature. When I googled Rocky Mountain High, a song by John Denver popped in. Maybe this was the inspiration of the artist while doing his works. A part of the song goes "Now he walks in quiet solitude the forest and the streams. Seeking grace in every step he takes. His sight has turned inside himself to try and understand the serenity of a clear  blue mountain lake."

While looking at the paintings, I sensed a feeling of loneliness because the use of colors was not so vivid or bright and some figures in the paintings were not so defined which suggested vagueness. Then when I saw some parts of the song Rocky Mountain High, what I felt was somehow affirmed. There is solitude, there is vagueness. And these were expressed when the artist painted his works.

If I am going to contextualize this from a Social Studies perspective, I think it says something about the present condition of nature, of our environment. If we do not do something for the environment like taking care of it, we might also end up having that feeling of solitude, that feeling of not being one with nature anymore where the human and the environment connection gradually becomes vague.

Artists indeed are beacons of hope in their own way and own right. Art is their means of communicating something to the society. Based on my personal analysis, Rocky Mountain High is Mike Crisostomo's way of conveying a message about nature and the environment which goes beyond the lyrics of the song.


P.S. I'll be blogging about my visit at National Museum and Gateway Gallery soon. :)