Once a fan girl, always a fan girl. This is a fan girl rule according to a Korean drama I watched a week ago. HAHA. I guess this is true for me because even if the TV series I watched already ended, I can't help but still feel excited whenever I revisit the memories attached to those series.

One example is One Tree Hill (OTH). Two years ago, I had the chance to visit the filming location of my all-time favorite TV series, One Tree Hill, in North Carolina. This was one of the items in my bucket list. Who would've thought that two years later, I also get to visit the filming location of my favorite TV series next to OTH - The Vampire Diaries (TVD).

My first fan girl experience in relation to TVD was when Ian Somerhalder visited The Philippines in 2012. I posted my experience back then entitled as "Love at First Bite". Don't judge me please. HAHA.

Fast forward to 2019. I got to see the iconic spots in TVD in front of my very eyes. AAAAAHHHH!! Allow me to share with you some photos that made me "kilig" while walking around the filming spots.

TRIVIA: The Vampire Dairies was set in a fictional place called Mystic Falls, Virginia. In reality, the series was filmed in Covington, Georgia. 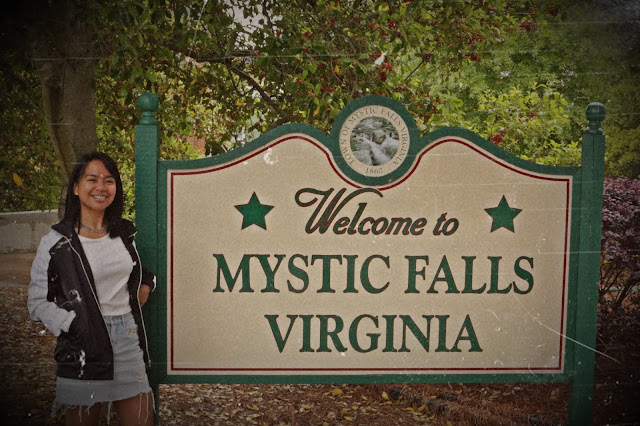 The weather was kinda bad that day and it was freezing 8 degrees Celsius so I wasn't able to visit the houses of the characters. (Imagine how much cold my legs had to endure that day? Ugghhh wrong outfit! Tiis ganda hahahaha!)So I only chose to visit some of the filming spots where a lot of main scenes where filmed.

1) MYSTIC GRILL. A lot of scenes took place in this restaurant. This is where most of the characters gather to drink and meet. 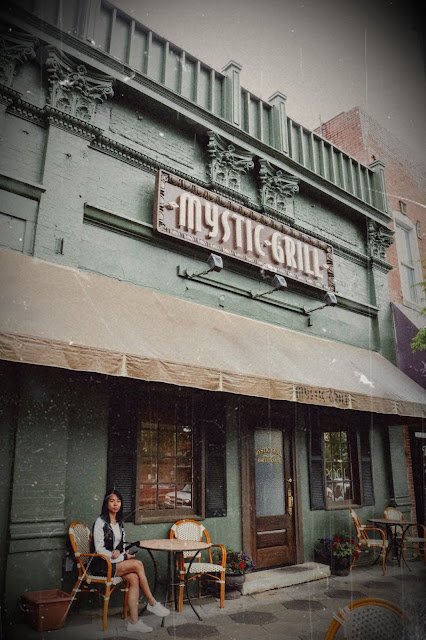 This alley outside Mystic Grill is where Stefan and Damon would usually suck the blood of their preys. 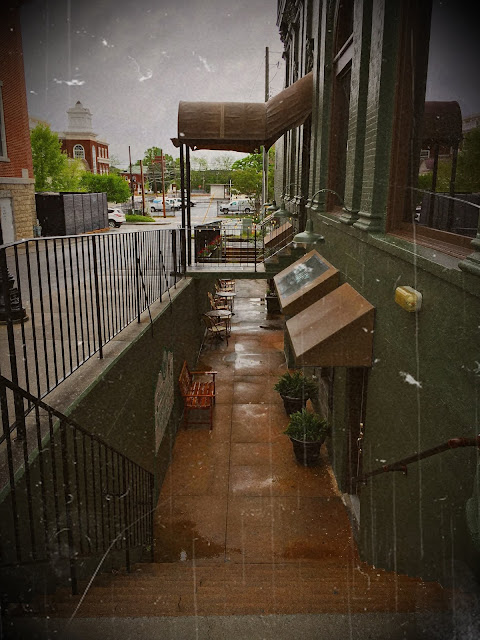 2. CLOCK TOWER. This iconic spot is where Elena and Damon had a heart to heart conversation when Elena turned into a vampire and started to embrace herself being a vampire. She jumped off the clock tower to try and enjoy the skill she gained as a vampire. 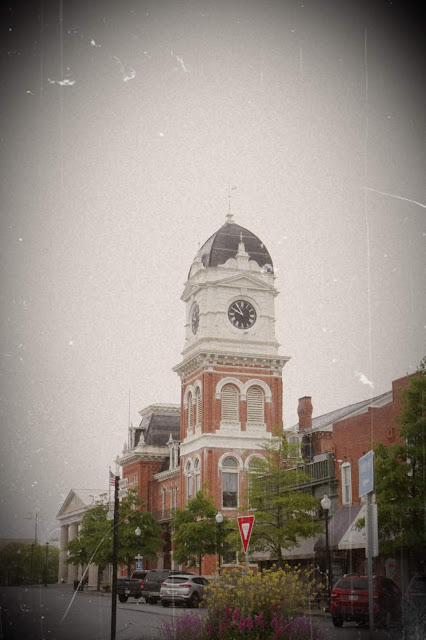 3. TOWN SQUARE. Around the town square are remnants of TVD in the town of Covington. 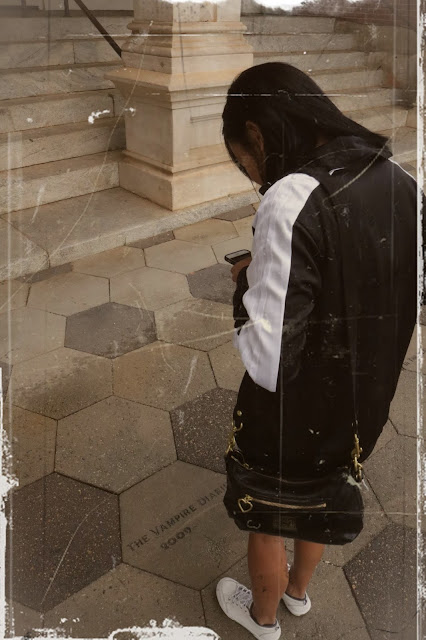 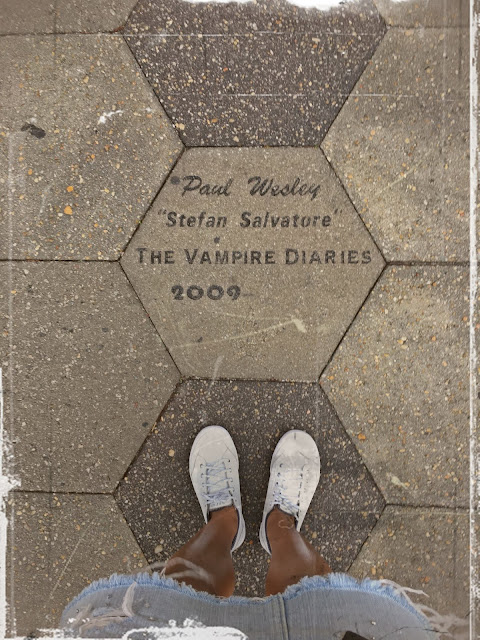 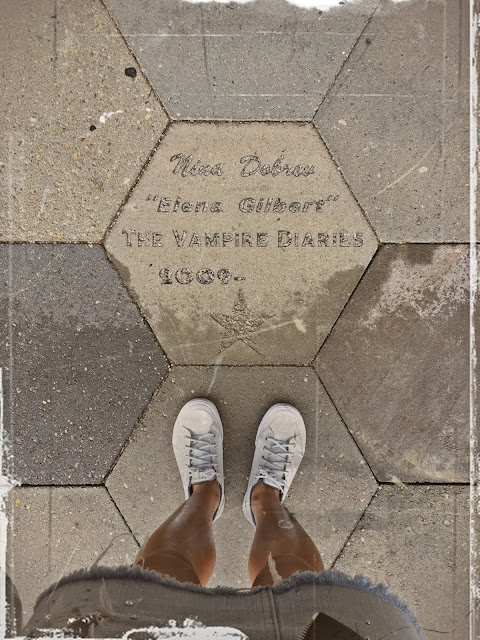 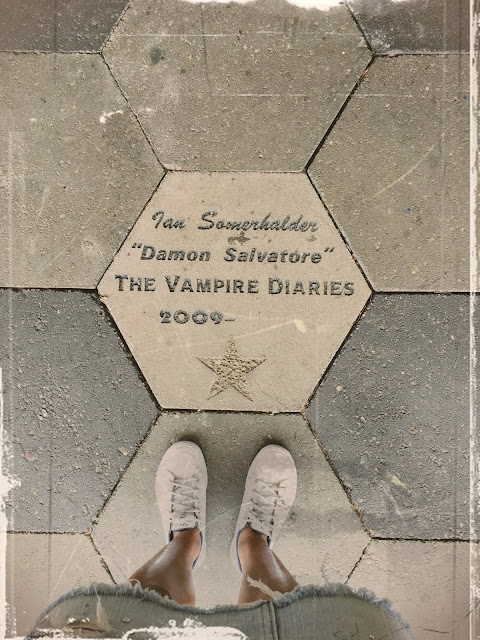 Of course, I am not the only TVD fan in this world. Some fans' fan girling level are way too higher than me. Want proof? Some started a tour of TVD's filming locations which is operated by so-called The Vampire Stalkers. The Vampire Stalkers also sells different TVD merchandise (including merchandise from The Originals and Legacies too). The shop also houses some of the costumes and props used during the filming days of TVD. 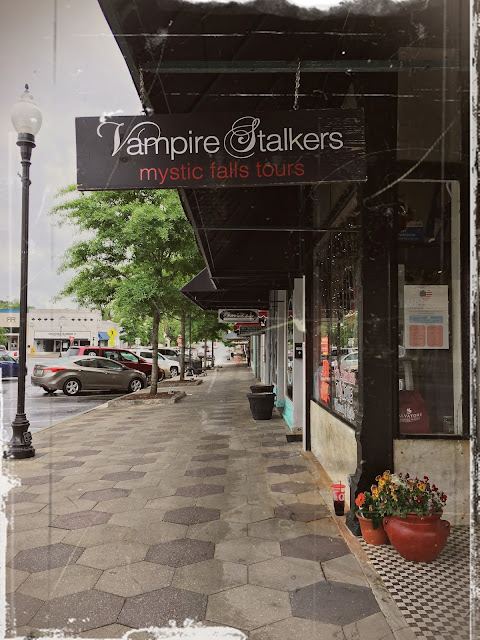 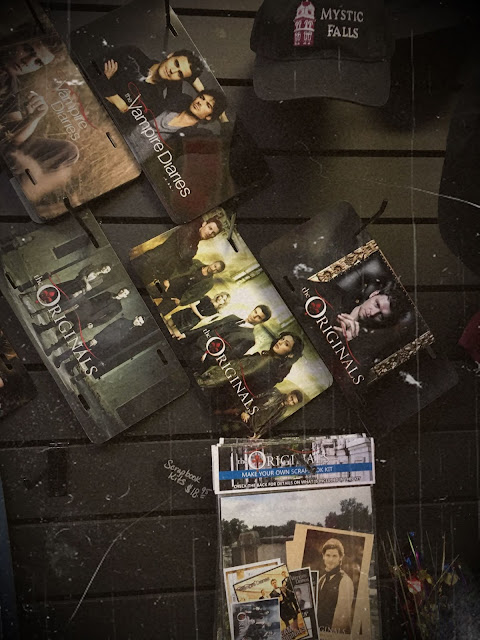 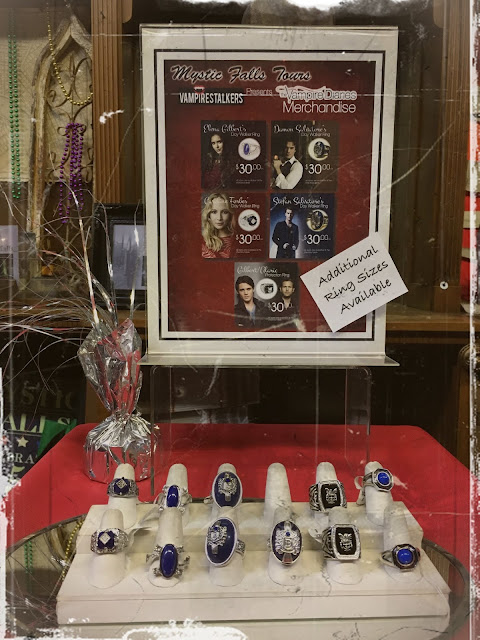 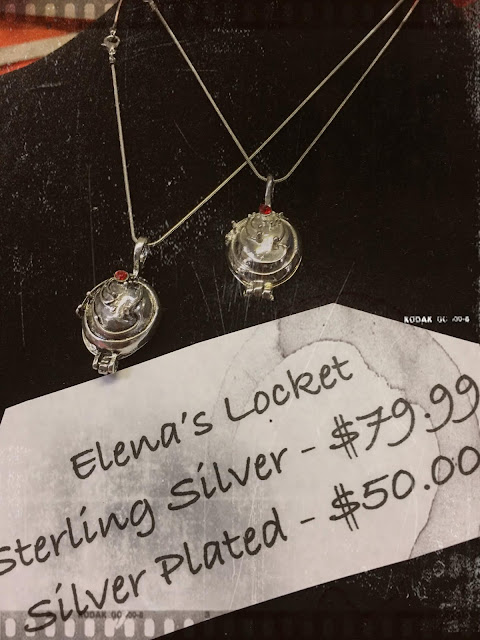 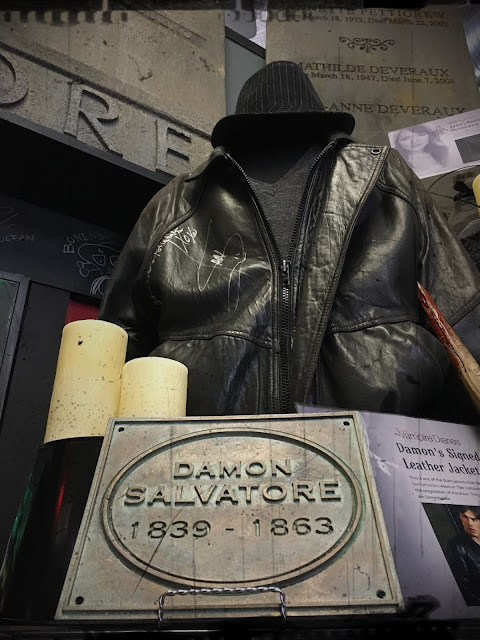 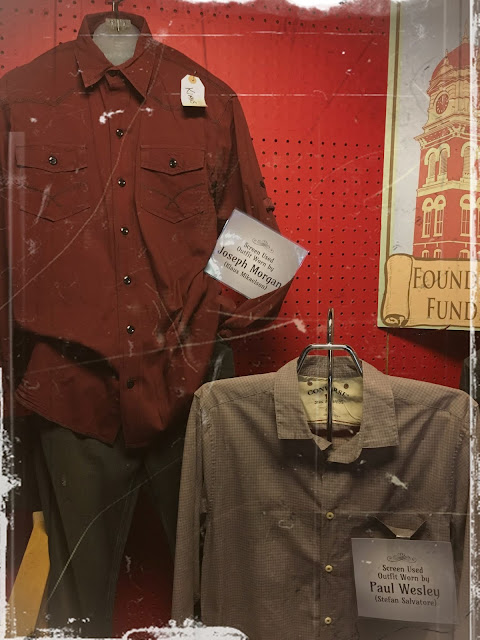 Haaaay... my fan girl heart is soooooooo happily satisfied. This tour wouldn't be possible if it wasn't for my Tito Hilbert and Tita Pam's support. Thank you Tito for always fulfilling my fan girl dreams! We started from OTH, now it's TVD! Whoooooo. Also, thank you to my cousin Mikkel for taking some of my photos. And, special thanks to Tita Aimee and Tito John for always welcoming us in their home whenever we visit Georgia. :))) 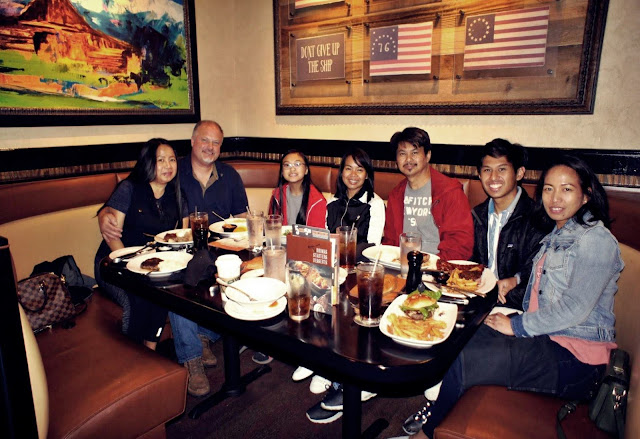